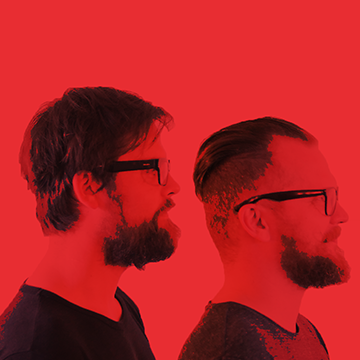 The duet was created in 2011, when Mārtiņš Jansons arrived to take up residence in Liepāja, where Mārtiņš Kuzmins had already been living. As a result of a combination of different circumstances in their lives, the two of them created a duet called Kaktiņš Stūrītis, with M. Jansons responsible for the lyrical and melodic aspect and M. Kuzmins taking care of the rhythm section.

During the duet’s existence, the ensemble has appeared on many different stages, starting from small intimate concerts which they organized themselves, to local and international festivals. They have collaborated successfully with people involved in the fine arts and created compositions for play readings and contemporary dance performances with them.

A few years ago, the duet released their first, and currently, only recording which was released by the SKYR record label. The album was recorded in a limited batch of 40 cassettes, which were sold out some time ago and cannot be purchased in a hard form.

No images found!
Try some other hashtag or username
This site uses cookies: Find out more.